Though long of concern to neighbors of major airports, aircraft noise first became a major problem with the introduction of turbojet-powered commercial aircraft (Tupolev 104, Boeing 707, Dehavilland Comet) in the late 1950s. It was recognized at the time that the noise levels produced by turbojet powered aircraft would be unacceptable to persons living under the take-off pattern of major airports. Accordingly, much effort was devoted to developing jet noise suppressors, with some modest success. Take-off noise restrictions were imposed by some airport managements, and nearly all first-generation turbojet-powered transports were equipped with jet noise suppressors at a significant cost in weight, thrust, and fuel consumption.

The introduction of the turbofan engine, with its lower jet velocity, temporarily alleviated the jet noise problem but increased the high-frequency turbomachinery noise, which became a severe problem on landing approach as well as on take-off. This noise was reduced somewhat by choosing proper rotor and stator blade numbers and spacing and by using engines of the single-mixed-jet type.

Noise is often defined as unwanted sound. To gain a satisfactory understanding of the effects of noise, it would be useful to look briefly at the physical properties of sound.

Sound is the result of pressure changes in a medium, caused by vibration or turbulence. The amplitude of these pressure changes is stated in terms of sound level, and the rapidity with which these changes occur is the sound's frequency. Sound level is measured in decibels (dB), and sound frequency is stated in terms of cycles per second or Hertz (Hz). Sound level in decibels is a logarithmic rather than a linear measure of the change in pressure with respect to a reference pressure level. A small increase in decibels can represent a large increase in sound energy. Technically, an increase of 3 dB represents a doubling of sound energy, and an increase of 10 dB represents a tenfold increase. The ear, however, perceives a 10-dB increase as doubling of loudness.

Another important aspect is the duration of the sound, and the way it is distributed in time. Continuous sounds have little or no variation in time, varying sounds have differing maximum levels over a period of time, intermittent sounds are interspersed with quiet periods, and impulsive sounds are characterized by relatively high sound levels and very short durations.

The effects of noise are determined mainly by the duration and level of the noise, but they are also influenced by the frequency. Long-lasting, high-level sounds are the most damaging to hearing and generally the most annoying. High-frequency sounds tend to be more hazardous to hearing and more annoying than low-frequency sounds. The way sounds are distributed in time is also important, in that intermittent sounds appear to be somewhat less damaging to hearing than continuous sounds because of the ear's ability to regenerate during the intervening quiet periods. However, intermittent and impulsive sounds tend to be more annoying because of their unpredictability.

Noise has a significant impact on the quality of life, and in that sense, it is a health problem. The definition of health includes total physical and mental well-being, as well as the absence of disease. Noise is recognized as a major threat to human well-being.

The effects of noise are seldom catastrophic, and are often only transitory, but adverse effects can be cumulative with prolonged or repeated exposure. Although it often causes discomfort and sometimes pain, noise does not cause ears to bleed and noise-induced hearing loss usually takes years to develop. Noise-induced hearing loss can indeed impair the quality of life, through a reduction in the ability to hear important sounds and to communicate with family and friends. Some of the other effects of noise, such as sleep disruption, the masking of speech and television, and the inability to enjoy one's property or leisure time also impair the quality of life. In addition, noise can interfere with the teaching and learning process, disrupt the performance of certain tasks, and increase the incidence of antisocial behavior. There is also some evidence that it can adversely affect general health and well-being in the same manner as chronic stress.

Hearing loss is one of the most obvious and easily quantified effects of excessive exposure to noise. Its progression, however, is insidious, in that it usually develops slowly over a long period of time, and the impairment can reach the handicapping stage before an individual is aware of what has happened.

Prolonged exposure to noise of a certain frequency pattern can cause either temporary hearing loss, which disappears in a few hours or days, or permanent loss. The former is called temporary threshold shift , and the latter is known as permanent threshold shift . 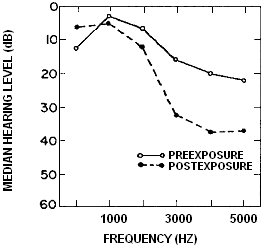 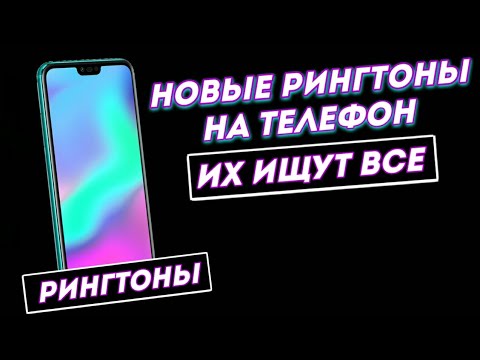